The Growing Popularity of Beer Growlers

Brewpubs, breweries and grocery stores around the country are cashing in on the growing popularity of growlers, a term that dates back to the 19th Century when fresh beer was carried from the local pub to one's home in a small galvanized pail. According to BeerAdvocate, the growler term originated from the sound CO2 made when it escaped from the lid as the beer sloshed around, making a growling sound.

The standard volume of a growler is a half-gallon – better known to beer connoisseurs as 64 ounces of pure craft beer freshness. When poured into amber colored glass bottles, beer is preserved in a non-porous and impermeable container, maintaining the beer’s integrity. 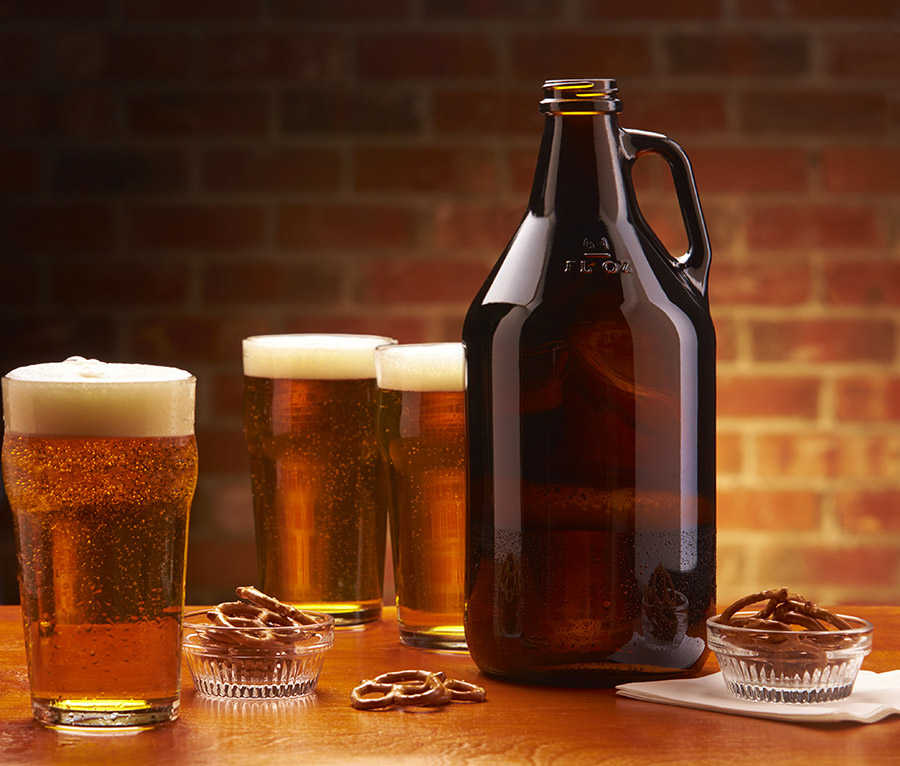 Anyone charged with filling a growler knows the importance of the proper filling method. Growler containers must withstand pressures exerted by carbonated beer. According to the Brewers Association, the internal pressure of a filled growler warmed to room temperature (68 degrees Fahrenheit) or in a hot car (90 degrees Fahrenheit), could potentially be as high as 29psi or 52psi, respectively.

Below are a few tips to consider when filling growlers:

What’s In-Store Next for the Growler

Although it’s legal to fill growlers at establishments that brew their own beer, many state legislators are working toward allowing grocery stores and convenience stores this same opportunity. According to the Brewers Association, approximately 35 states allow retailers to sell the refillable, half-gallon growler containers.

One of the first convenience stores to embrace growler refilling was Sunoco, opening its first “Craft Beer Exchange” in a Buffalo, N.Y. gas station in 2011. Today, Sunoco fills growlers in 65 convenience stores throughout New York and South Carolina.

Some brewers think this trend will introduce an entirely new market of consumers to the craft beer industry. Consumers that sample great beer at a retail establishment could find interest in visiting a local brewery and trying other beers from the same brand.

Other brewers still remain skeptical, preferring consumers to purchase beer directly from their brewery. Even a few brewers guilds have voiced opposition to retailers filling growlers. They fear that a dirty keg line or an improperly washed growler could result in contaminated beer, reflecting poorly on the brewer.

Are you skeptical about putting your beer on tap in a gas station or other retail establishment? We’d love to hear your thoughts.