In a previous blog, we mentioned the importance of Craft Beer Guilds and how you can make many new friends by your affiliation with these associations. In fact, that’s how we became friends with this month’s brewery spotlight, Four Saints Brewing Company. We caught up with Andrew Deming, Owner/Chief Operator/Head Brewer at Four Saints Brewing Company, to talk to him about his brewery. 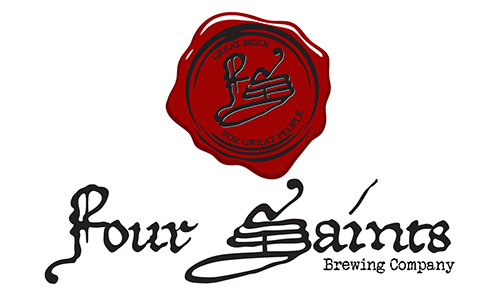 What’s the story behind your brewery’s name/brand?
Our name refers to the four patron saints of beer/brewing – Saint Nicholas, Saint Augustine, Saint Wenceslaus and Saint Luke. Each one of these saints has some association to beer, brewing or ingredients. There is also the reference to the four beer ingredients: Water, Malt, Hops and Yeast. They are the true heroes.

What makes Four Saints Brewing Company unique?
We are the only brewery in Asheboro, North Carolina (a dry town until 2008). As such, we don’t have to only brew one style of beer, have some crazy theme or do all the things required of breweries in crowded markets to differentiate themselves. We are what we are, and we brew a wide range of classic and modern styles. We have a large, comfortable taproom and a great local following.

Where do you see Four Saints Brewing Company in the next five years?
Wow, that’s a tough one. We are currently at a crossroads. We need to expand to meet production demands, but want to do so in a controlled manner that keeps profitability in sight. We will most likely have drastically increased our production capacity in five years. Building a new larger production brewery is a possibility, but we still need to decide if that’s the direction we want to go.

If you had a list of best-kept craft beer secrets (websites, books, etc.) you’d recommend, which would you include and why?
Probrewer.com is an excellent informal resource for knowledge and networking with others. Also, The New Brewer magazine from the Brewers Association is an excellent resource for new trends and technical info. I would also recommend joining the American Society of Brewing Chemists (ASBC) and the Master Brewers Association of Americas (MBAA).

Any last words?
It took me 20 years of working jobs I hated to find brewing. The old saying of finding a job you love and never working a day in your life is 100% correct. 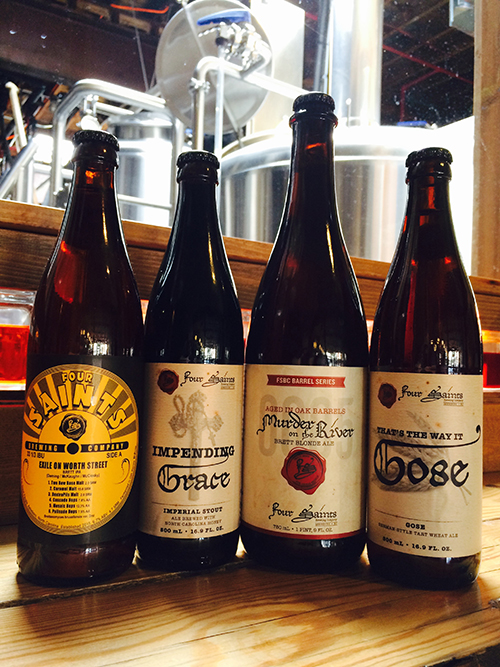 We encourage you to stop by Four Saints Brewing Company the next time you are in Asheboro, North Carolina. Pull up a seat at their taproom and try an Omie Blonde Ale, German Hefeweizen, Stout One or one of their year-round beers.